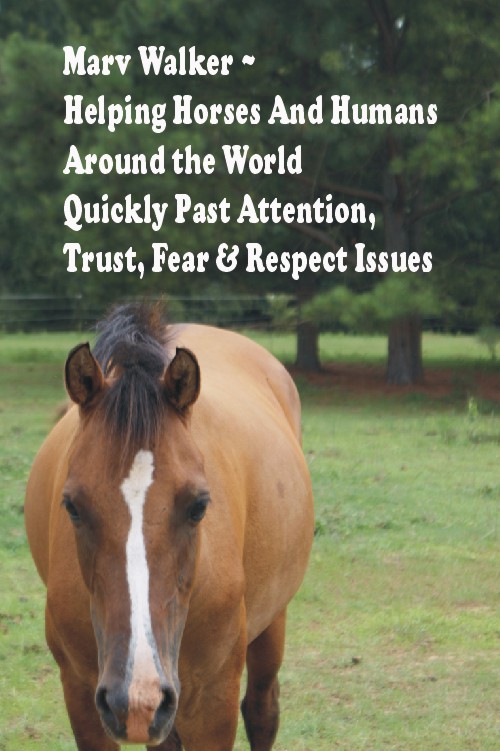 The Case Of The
Head-Butting Horse

I'm going to be interjecting my comments into the following email I received. Sometimes I just run out the email and then put my comments below. Sometimes when there is a progression of things that appear to go down one path it actually goes down another. This is one of those emails.

Also, this is one of those horses I would dearly love to have at a clinic. When you have worked as many problem and otherwise horses as I have you learn that if you are receptive the horses very often tell you what is going on. Some horses have gone unheard so long that their frustration levels often muddy the message. Throw a stoic disposition in the mix and the message becomes even more muddled.

This horse's message is incredibly clear.

my daughters and I agreed to take a "camp horse" home for the winter months. What the camp didn't tell me was that he had a history of being a problem child. We initially did fine, but a week into our meeting, he began to kick every time his back was touched.

Here we have a horse who "initially did fine" but then began acting differently than he did before - kicking whenever his back was touched. Since horses are the most tractable animals on earth this sudden change screams there is a problem and the reaction from touching his back tells us where the problem is.

He even had our barn trainer fooled (told me I needed to call the vet). I didn't ride for a week. I noticed that every time I turned him out, he immediately rolled. I didn't think he was really having back pain rolling like he was. I took him out to graze grass and amazingly enough, his back was pain free! I took him into the grooming stall and every time I intended to touch his back his left rear leg came up and out. I introduced him to the riding crop. Twice over the haunches fixed his back pain (no problems now, I only have to show him the crop). He also had a problem lifting his feet to be cleaned. It was a fight each and every time. I introduced his leg to the crop (only have to touch it to his leg and say "this one" and the leg comes up).

Anyone who has ever had a sore-to-the-touch back will tell you that you are constantly seeking relief from the discomfort. People with sore backs will attain all sorts of positions and postures. Some will move crabbed over, some will limp, some will want to lie down to get as much stress as possible off the back.

Hmmmm... Here we have a horse that says he has a sore back and wants to lay down and roll every time he's turned out. Animals often know what to do to relieve discomfort and rolling is one of those things. It is a form of the stretching that humans do when their backs are stiff and sore - we figure that if we move just right everything will fall into place.

Now we bring another clue into the mix, refusing to lift rear legs. In order to lift his rear legs the horse has to use sore(?) back muscles. Here is our connection.

What I haven't figured out (although many people have offered suggestions) is why he continually head butts me. Is it a show of disrespect for me? Does he want my attention? and how do I get him to stop (without hitting his face)? I am glad we managed to work out the first several sets of problems, but the head butting continues. He doesn't try to bite me, just throws his head into me. Any suggestions? Thanks

I'm not at all sure you have worked out the first several sets of problems. I'm willing to bet they are still there but now with the crop action you have told him, "Suck it up!" and he is trying, but now he's telling you in another less annoying to you way that there is still a problem. You may have the horse using every ounce of his pain threshold and stoicism for now but I'll bet he'll eventually be pushed beyond that as well.

And when that happens it isn't going to be pretty.

From what you report this is one trying very hard to please horse. He continually head-butts you because he is trying to tell you he is not at all comfortable. If your back was sore and someone was trying to mess with you you would do more than head-butt.

I don't need to tell you how to tell if his back is sore, he's been extremely obvious about that.

Now then, where do we go from here?

Due to the speed of his attitude change I would suspect a saddle fit problem. As we do more and more work with horses we are seeing things in horses that indicate saddles are a major cause of behavioral and physical issues. In our problem solving work we discovered that a huge percentage of horse problems are caused by skeletal and muscular issues. We then began aggressively exploring solutions which led us into developing bodywork skills. As we began addressing bodywork issues we discovered that a lot of physical issues seemed to affect and were in proximity to saddle areas. This led us into exploring how saddles, horses, riders, gaits and disciplines relate to each other.

What we have discovered is that a saddle is the connection between two moving forces - horse and rider - and as such it has to bring them together in a manner that brings out the best in both. If the saddle does not fit it can quickly cause problems.

To give you some idea of the intricacies of saddles and their fit Google ~> Saddle fit.

Pressure on a horse's back exceeding 1.75 PSI can start capillary shutdown in as little as 20 minutes. Shut down the capillary action too long and the affected muscles atrophy. Or a saddle may have areas that cause discomfort due to saddle damage, poor materials and construction or even poor placement on the horse's back. Once saddle damage has occurred from a poorly fitting saddle the damage will need addressing by a skilled massage therapist.

A body worker needs to examine this horse and the saddle needs to be carefully evaluated to be sure that it is not causing any aggravation.

This horse's back is more than likely the cause of his behavior and your problem. When he gets some relief the problem will likely go away.