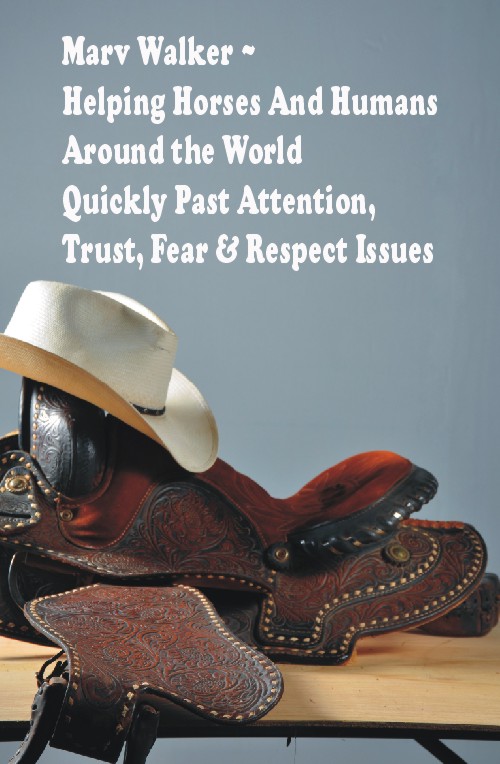 The ropers snickered and slapped their chaps with glee as she grabbed a halter and walked toward the mule. Minutes later they were open mouthed watching it trailered up the drive.

The Mesa, Arizona clinic organizer and I had gone to her rescue the evening of the day before the clinic to work with what they considered to be a dangerous extremely aggressive woman hating horse. Turns out the horse was far from hating anyone, the help let their imaginations run away with them. We took care of the problem in a few minutes to everyone's amazement which wasn't the least bit difficult or time consuming.

The rescue owner only attended the first day of the clinic which happens on occasion for various reasons.

A few days after I arrived back in Georgia I received an email from her...

I want to apologize for missing the rest of the clinic but I got a call the next morning from a guy who told me he had a mule he and his buddies had been trying to catch for two weeks and "if it isn't out of here by noon I'm shooting it."

I get there and find several ropers on horseback by the gate and they had obviously put in one last attempt to catch the mule that happened to be out in a fairly large paddock with some other horses. I grabbed a halter and went through the gate toward the mule and all those ropers were yukking up a storm laughing and gleefully slapping their chaps.

That mule saw me coming and took off. I remembered what you said and I went in the same direction it went. It stopped and went back in the other direction and so did I. That happened twice and the mule just stopped and waited for me to walk up to it. I put the halter on it and led it to the trailer and it climbed in.

From the time I arrived to the time I was loaded and leaving couldn't have been ten minutes. I never said a word and they were speechless as they watched me go by with that mule following along. It was absolutely priceless!